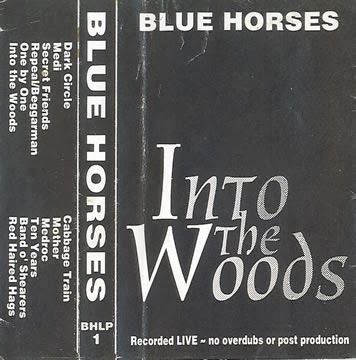 " A new slant on amped-up eclectic folkery, Blue Horses are a high-energy electric band blending traditional tunes with their own powerful songs and instrumentals in music which is very much a product of the
nineties." Venue

Formed in Cardiff, Wales by Em, Liz and Nic in 1994, the band have been stunning audiences nationwide. They take their influ­ences from diverse sources along the Celtic trail- Ireland to the Cossacks via Wales, and the Carpathians.

Indeed they have travelled the world, educating the Barbarians and seeking beautiful melodies to steal, mince up and turn into the kind of spicy kebab only usuallly found in the more dubious souks of 11th century Mongolia. Having long ago moved from the original instrumental set-up, Blue Horses now boast a selection of songs (hooray for speech therapy, they cry) and do indeed dibble deeply with the pagan desire for vocal self expression, rude words beginning with 'Z' and hot buttered round things in plain paper bags.

Fronted by the two sexiest and fastest female Fiddle players you're ever likely to see, with an amazing mixture of Voices & Flutes, Bom­barde & Bag-pipes, turbo-driven by a pulsating rhythm-section of Guitars, Bass and Drum. Producing one of the most exciting and distinctive sounds on the scene today, Blue Horses mix mystical refrain, fast and furious dance music with a decidedly quirky humorous bent and an equally exciting stage show.
Guaranteed to get you up and dancing. 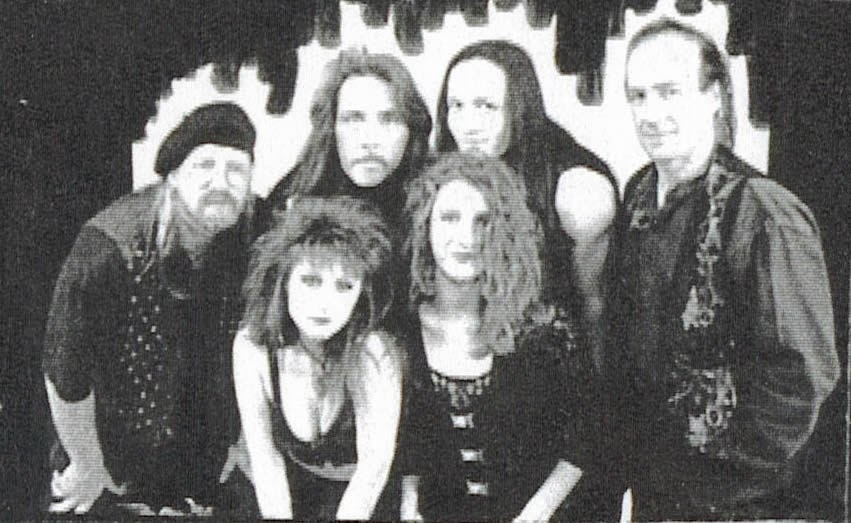