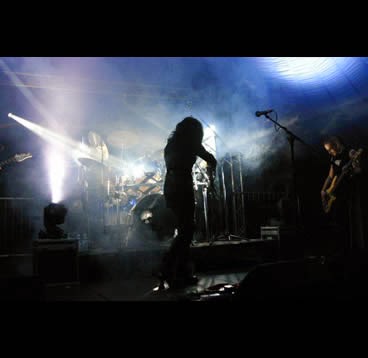 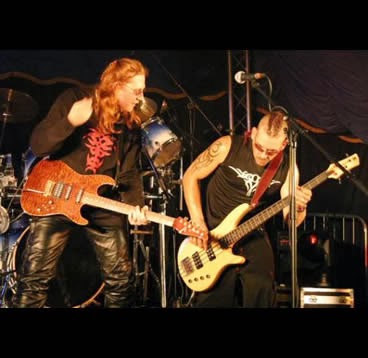 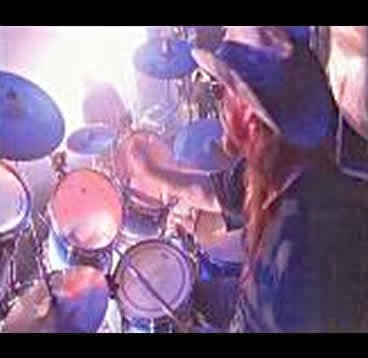 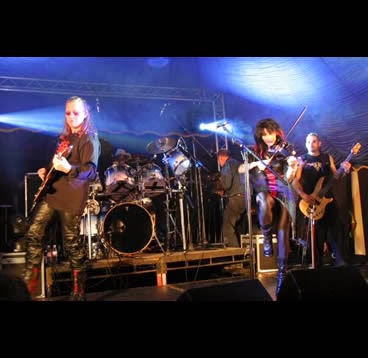 Welsh based Celtic hard rockers Bluehorses have never let adversity get in their way in their years as a band.Through several line-up changes the core of the Horses has grown stronger as it evolved, developing fresh ideas and new directions.

Nowadays the band are reaping the benefits of their self-belief and unwillingness to dance to anyone's tune but their own.It's clear from the outset of this dual-DVD set that their commitment has really begun to pay dividends.Over fourteen numbers they show that they're a formidable live act - they look great on stage and know exactly how to work as a unit. In front woman Liz Prendergast they've a vocalist who's no shrinking violet, her striking stage presence and vocal authority exemplified on 'Barbara Allen' and 'Black is the colour' while elsewhere 'Witch In Wedlock' and 'Sitting Pretty' are similarly potent.Her charasmatic stage persona and command of the fiddle (not to mention harp and mandolin)allows the band to incorporate folk,Celtic and almost classical motifs within their otherwise crunching rock riffs and power chord assault.

Although they're a loud band pumping out a formidable level of volume, it never gets overbearing nor comes across as sludgy or cliche`d. With the bonus of a superb production job, both visually and musically, plus a second DVD of extras, LIVE AT SAUL FESTIVAL is a perfect taster for  seeing the band in the flesh.