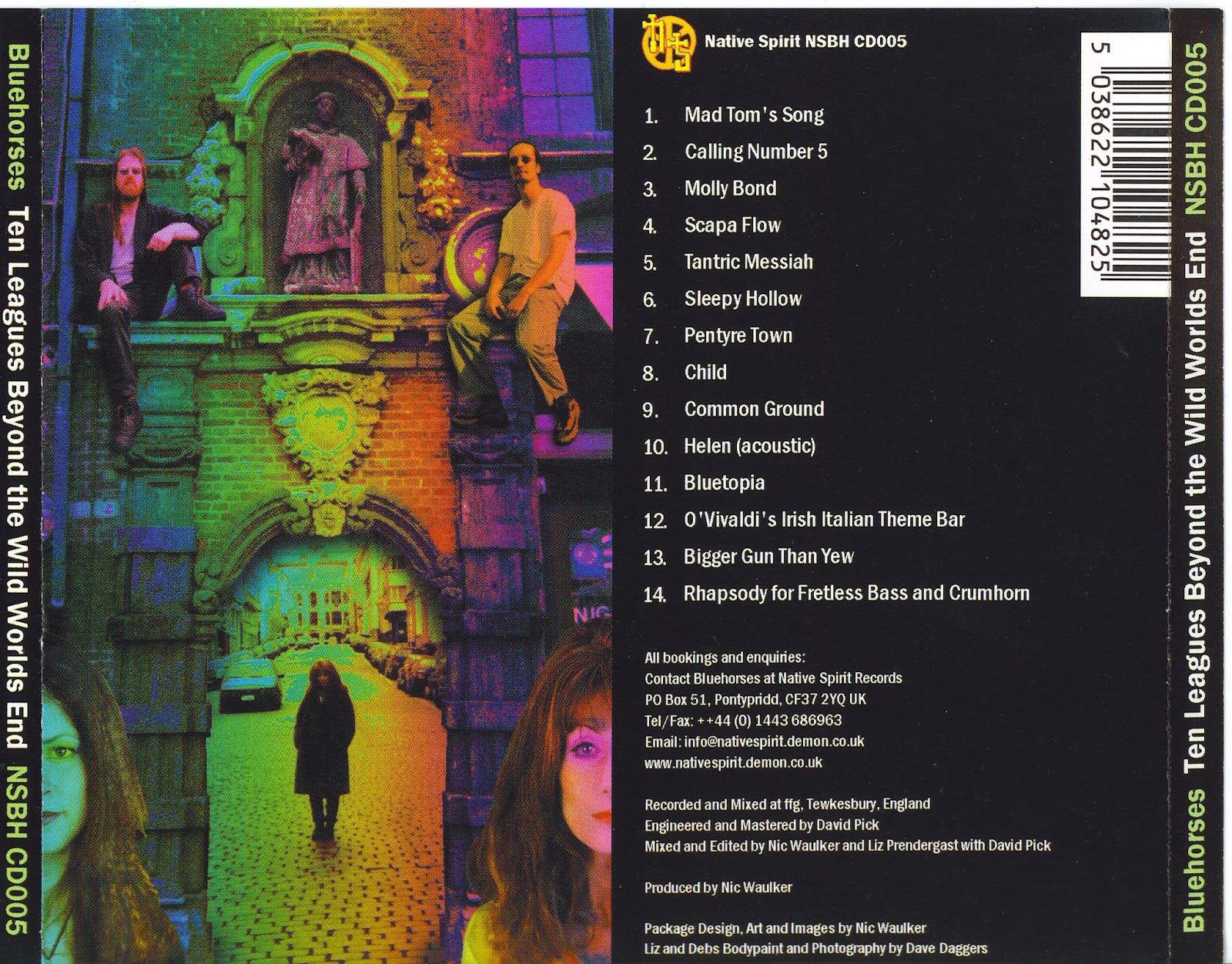 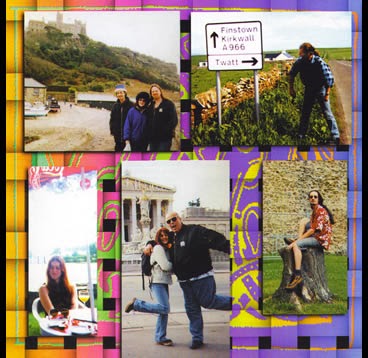 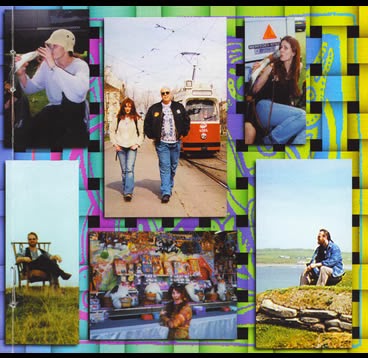 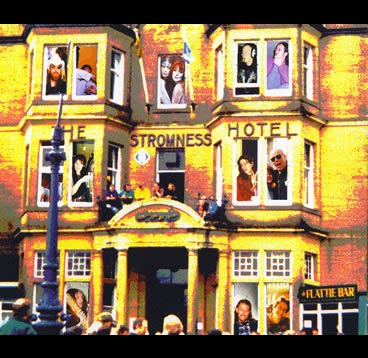 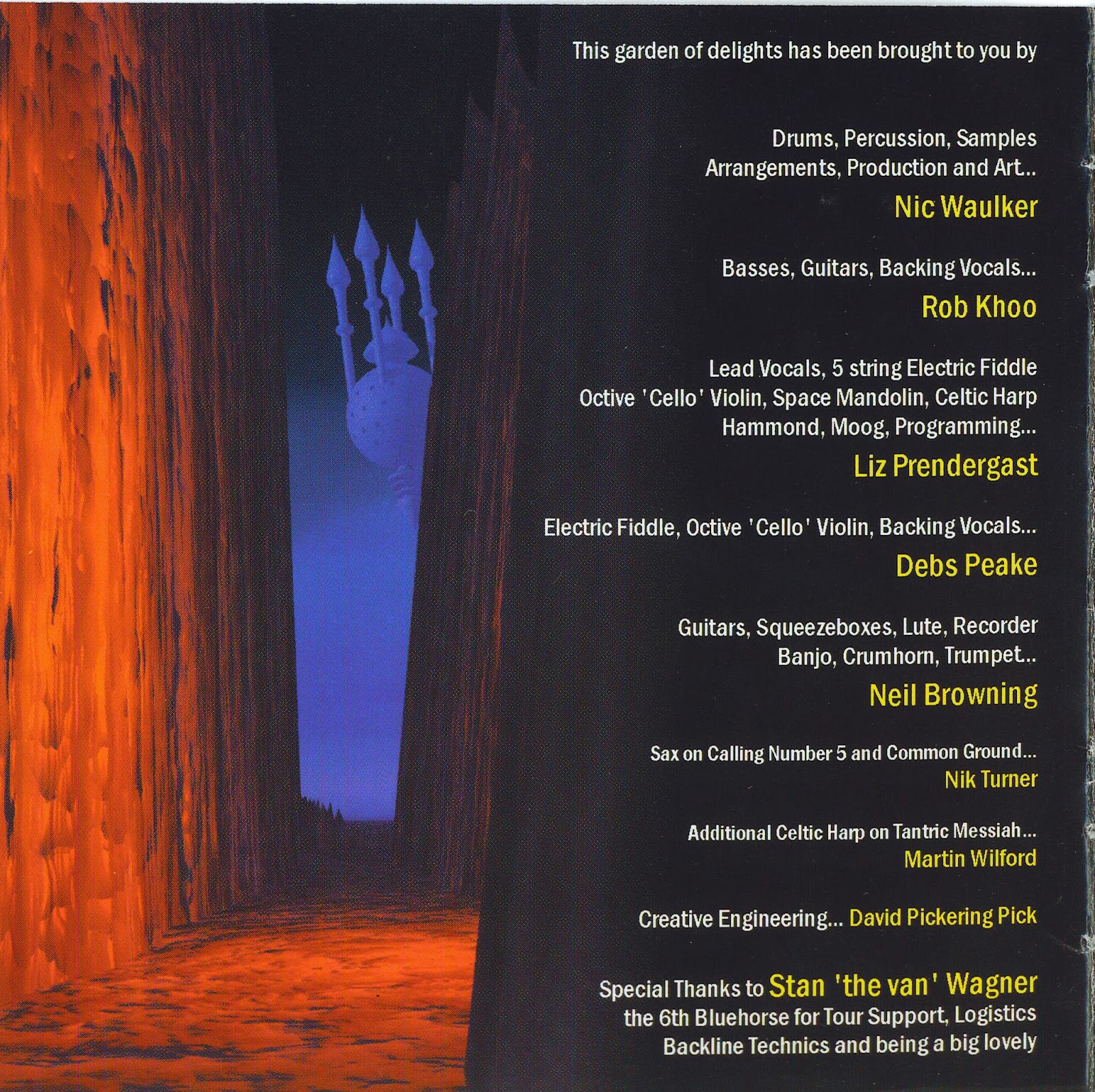 Folking.com - Album of the Month Dec 2001
"Nic Waulker, Rob Khoo, Liz Prendergast, Debs Peake and new multi instrumentalist Neil Browning make a stunning return to the top of the prog/folk/rock tree with their blinding new album " Ten Leagues Beyond the Wild Worlds End".
Great fantasy Artwork by Nic Waulker introduces the album beautifully as "Mad Tom's Song" bursts onto the scene with thumping "space" bass, rocking drums, catchy "wah wah" swirly fiddle and keyboard tinkerings, refreshing the "Span" Tom 'O Bedlam Trad classic - Great Stuff. If you are familiar with "Dragons milk and coal" (the previous album - also reviewed on www.folking.com), you can expect progression with new sounds ranging from smouldering guitar solos to intricate moments of psychedelic escapism. Like the soothing tonic of "Tantric Messiah" to the "rock and roll guitar" of Rob Khoo on "Calling Number 5" interlaced with Liz's space mandolin, Debs wah fiddle and "Hawkwind's" very own "hornsman of the saxophonist", "Nik Turner".
"Ten Leagues Beyond the Wild Worlds End" contains over 14 tracks which include an electrified version of the 'trad' ballad "Molly Bond", a funky 'fiddle mad' scary old tune called "Sleepy Hollow", the eerie but beautiful "Ballad of Pentyre Town" and Liz's exquisite self-penned "Child" which is lovingly played out on a Celtic harp.
If you're already a Bluehorses fan your be pleased to know that the acoustic version of "Helen" that appears in the live set has also now made it onto the album. Get out your retro spec's, as "Bluetopia" follows, a kicking futuristic hammond organ, squeezebox experience with Yah! I said Yah! Fiddle. Calm down - Calm down - now for the short interlude of "O'Vivaldi's Irish Italian Theme Bar" - Debs and Liz are Clarrrrrsically trained you know!
"Ten Leagues Beyond the Wild Worlds End" is a must for anyone into prog/rock looking to dip they're toe into to hazy crazy world of psychedelic folk/ rock or those folkies like me that still love to dust off the old "air guitar" and lose themselves in a kaleidoscopic, telescope or periscope."

fRoots - Jan/Feb 2002
From the time they burst on us, all bluster, black and bondage, it should have been obvious to anyone with an ounce of wit that there was far more to Blue Horses than instant image.
Once the adrenaline rush they delivered was fading, what would they do? On interviewing them Nic Waulker and Liz Prendergast made it clear that they'd a long-term vision and always juggled disparate elements in the groups fabric.
"Ten Leagues Beyond The Wild World's End" is the vehicle with which they delve deeper into group psyche, confront a few ghosts, emerge with a maelstrom of significant music and a game plan that can run and run. The sleevenotes, generally tongue in cheek, betray a certain seriousness, an edge of expectation and experimentation.
Light and shade are the key here, a careful balance of each acheived through thoughtful production and allowing everyone enough spotlight to contribute, never dominate. Sure some tracks work better than others but there's far more that suceed than suck. Bravely they've included a high proportion of - for them at any rate - intimate cuts such as "Child" and "Helen", the latter totally acoustic, Liz Prendergast's vocal a haunting thing, lending credence to the doom laden lyric.
In fact the use of her voice varies considerably from cooing lullaby, to big, belt-'em-out rocker via gothic chiller; a mutant where Carolanne Pegg meets Jo Swiss, yet remaining totally individual. "Tantric Messiah" is a cyclical, gentle whirlpool of a track in which her lightness of tone is hypnotic, While "Pentyre Town" sounds like the sort of song Mr. Fox might conjure if they'd been dealing at the turn of the millenium.
But hey, we're not dealing here in with the extinct , Blue Horses stamp anything with their own brand, even revered slices like "Mad Tom's Song", once recorded by Steeleye as "Boys Of Bedlam", is given a swift kick up the jacksie and an injection of sonic noise transforming it into an entity "out there". "Molly Bond" gets the build-by-stealth treatment, a keening electric guitar cutting directly through the tale of grief and confusion as the climax rumbles.
Their own writing displays all the invective and teeth we've come to expect. "Sleepy Hollow", a timely dig at false rustics - see Maggie Holland's epic "A Place Called England" for similar sentiments - is here a chase round the houses enlivened by Neil Browning's souped-up banjo. "Bigger Gun Than Yew" is a hymn to sing against Big Brother and the increasing over riding of the local/regional concern.
There are of course items that have a knowing smirk, "Rhapsody For Fretless Bass And Crumhorn" being one such. "O'Vivaldi's Irish Italian Theme Bar" is another. Their space rock credentials are proved by "Calling Number 5" with the presence of Hawkwind's one time saxophonist Nick Turner providing a foil to some fierce mandolin.
"Conceived in Wales, squeezed out in England", reads the by-line. Take and treat it well, there is higher potential within.
Simon Jones

FTAPLAS - THE EVOLUTION OF THE HORSE
Bluehorses latest recording, the startlingly original Ten Leagues Beyond The Wide Worlds End, finds the Welsh five piece in previously uncharted territory. The unmistakable fiddle driven sound remains, but this time around they've managed to create something which, contradictory as it might sound, is both funkier and folkier than previous outings.
It's a sound that drummer Nic Waulker reckons has been developing over the past couple of years. "With previous albums we haven't really quite known what we were supposed to be doing. We knew we didn't want to be another Oysterband or Fairport Convention, and that we wanted to follow our own path. Going where no-one has been before is a bit like being the first in the traffic queue in fog&you don't really know where to go. When we recorded the last album (Dragons Milk And Coal) the last couple of tracks came together in the studio and we were really pleased with the way that happened. We've never exactly had a musical formula, we always wanted to be as varied as we could."
Contributing in no small way to the overall sound of the album is new band member Neil Browning. A veteran of the Welsh scene, Neil is a talented guitarist and multi instrumentalist who Nic first met ten years ago in Bangor, when they played in a blues-rock band together. The band was looking for someone to play hurdy gurdy on the new album and although they'd lost touch, Nic managed to find Neil again by a process of what he calls 'Internet acrobatics.'
Hurdy gurdy is unfortunately one of the few instruments Neil doesn't play, but he did suggest that he came along and add bouzouki, squeezebox and crumhorn. Originally drafted in solely as a guest musician, Neil's arrival coincided with the decision of former guitarist Martyn Standing to leave the band. "Martyn was getting disillusioned with being on the road all the time, and he needed to re-establish his relationship with his bank manager" says Nic.
Neil's input, important as it is, isn't the only thing which makes Ten Leagues.. such an outstanding album. With fiddler Deborah Peake now firmly settled in the playing throughout is of a consistently high standard - bassist Rob Khoo who also played most of the guitar parts, is in particularly fine form - and there's an impressive musical inventiveness at work. Perhaps the most noticeable change is in fiddler/vocalist Liz Prendergast, who seems more self-assured and comfortable with her role, as the more reflective tracks, 'Child' and 'Helen' perfectly demonstrate.
In the past Bluehorses have had more than their fair share of criticism from the 'folk police', and they're pretty sure that the new album won't let them off the hook, despite the fact that there''s an obvious affection for the music apparent throughout the fourteen tracks. By Nic's admission the band wanted to get away from any accusations of heavy metal. As he says "There was a conscious decision to get more traditional sounds into the recording, and with Neil on board that side of things is really starting to happen.
When you combine folk and rock, the ghost of Spinal Tap is always just around the corner. It only takes one step in the wrong direction &... !"
Dave Haslam

Time Out - Jan02
"Folk Rock? Hate it with a vengeance - normally. But this is a rhythmic funky bundle of fun with twiddly bits, flying fiddles, swirling sounds and soaring vocals. A hippie, folky festival distilled into a CD case - just add joss sticks and a gallon of cider."