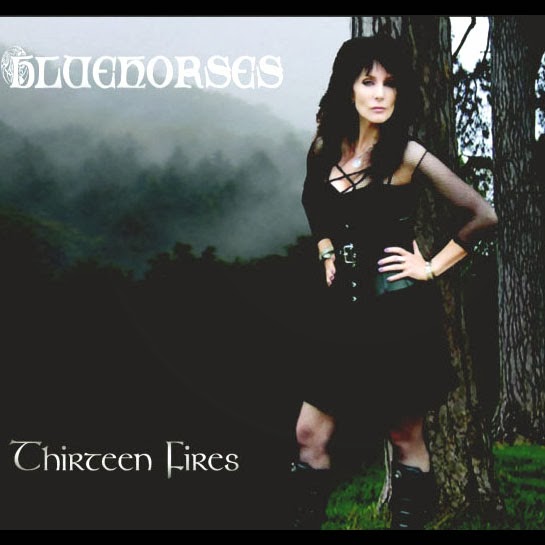 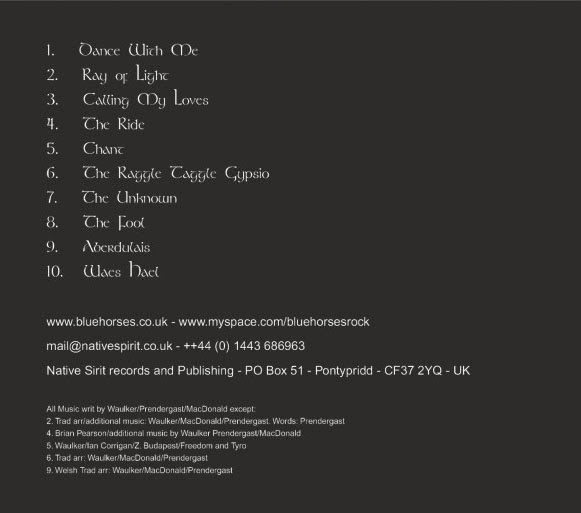 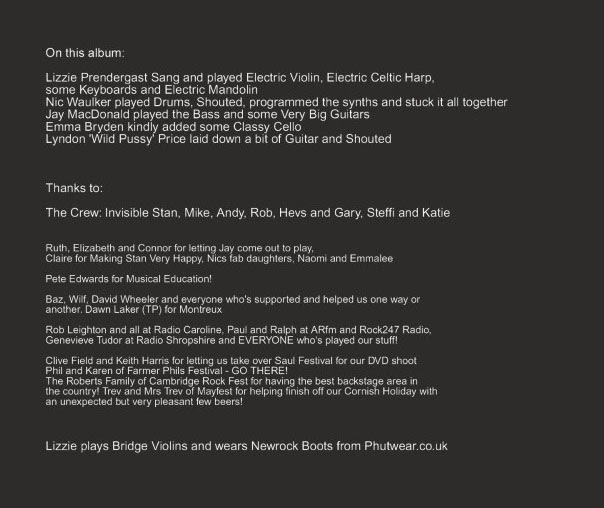 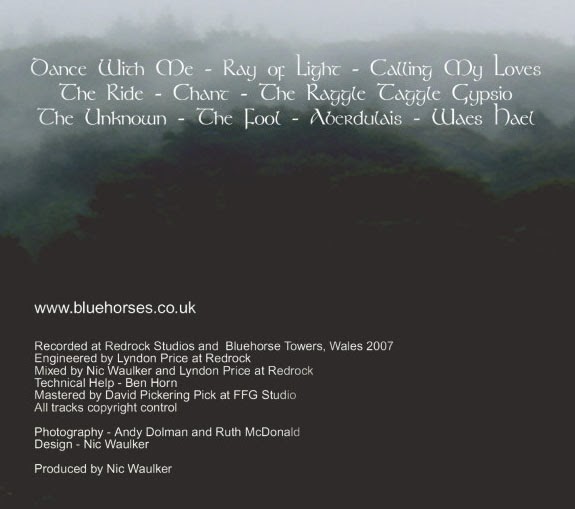 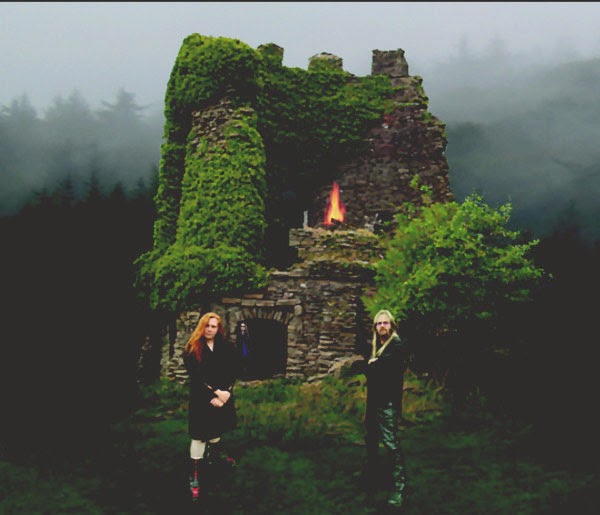 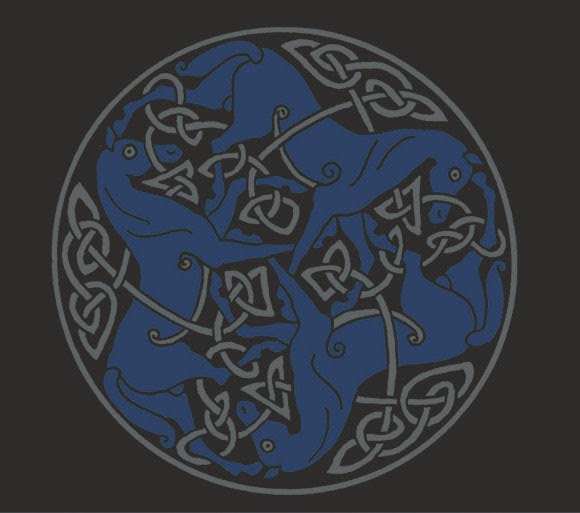 Stylistic tension and a trip east have made a new band out of Bluehorses, for there they found salvation, kith, kin and a whole other bag.  If you thought they wore size ten boots before and hardly tripped around the daisies, then reader, they've upped the size to twelve and stomp just where they like.  Yes, Lizzie and her boys have found new glasses with which to view the world.

Bluehorses, synonymous with the heavier end of the folk/rock equation, have made the discovery that slumbering away on the near continent, is a form of roots some of us have been watching and mulling over for a while.  Folk metal is never going to win prizes for subtlety, but it is thriving in Scandinavia and Eastern Europe - Bluehorses have tapped in and the results and kick in confidence are plain to hear.

Merrily informing all and sundry that they're no longer out to compromise and even make concessions to festivals by playing it folksier than they really want to, the guitars are gutsier, the drums boom like thunder in the caverns of the underworld and the bass is so heavy it threatens to drop through the floor.  Opening Dance With Me sets out the stall, it's all pugilism and fire, Miss Prendergast is splendidly harridan, her vocal heading through the roof and the fiddle no longer a soothing lilt or even heady rush but a banshee wail that rides over the seething cauldron of an engine room.  What lighter moments there are mostly come with the breeze of electro harp that decorates middle sections between the sonic highs.  But don't think for a moment that they've left the Celtic inspiration behind for a big monster called noise still in there are trad riffs, trad lyrics and even a whole folk song turned upside down, the Raggle Taggle Gypsio, and if I didn't know better I'd swear I'd heard Waes Hael somewhere before as well!  There's lots of programming and even some screaming  in the mix, witness the appealing stew of instrumental Aberdulais.  Elsewhere the Blue ones are up to their armpits in foolish lovers, elder deities and shadowy corners, the sort of everyday concerns of er... those folk metal bands with which they're claiming family ties.

Don't play it to your granny or near anyone feeling fragile, but the rest of us can love Thirteen Fires for its energy and bear-like attitude, it's an album that just never lets up. Play it and set the volume to 11 out of 10.